We wish eveybody a Happy New Year 2013! There are many news we want to share with you but we are very busy at the moment. So please stay tuned and you will find more info about:

Please take a look at the STEREOTEC YouTube Channel.

You will find our IBC News as well as more information about our products and film productions. 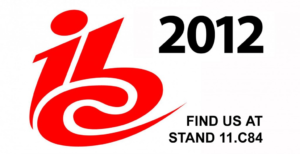 Please have a look at our new ultra compact Light Weight Rig, a unique 11-axes motorization with auto-alignment and the smallest professional beam-splitter rig on the market, the STEREOTEC Nano Rig. You will find us at IBC 2012 in Amsterdam from September 7-11 at booth 11.C84 (Mid Size Rig and Nano Rig with 3D live plackback, Side-by-Side Live, Side-by-Side Mini Closed), at the Sony booth 12.A10 (Light Weight Rig with 3D live plackback), in the Production Village in Hall 11 (fully motorized Mid Size Rig), at the Wige booth 11.A54 (Side-by-Side Mini Rig) and at the Stereolabs booth 11.F61a (Mid Size Extended Rig).

Or you join us for a pool game during the Cinec in Munich (September 22-24) at the Chrosziel booth 3-A01 – and enjoy watching a 3D + 2D set-up (capturing 3D and 2D simultaneously with a single camera system).

STEREOTEC at BIRTV 2012 in Beijing

Meet Stereotec in China at BIRTV in Hall 1A, Booth 101 (Infratrans Co., Ltd.) at the China International Exhibition Center, Beijing.

We will present our established, full motorized Mid Size Rig with Pure Image Processor for automatic alignment and the STEREOTEC Side-by-Side Live Rig.

Moreover we have a STEREOTEC Mid Size Rig equipped with two Red Epic at the Red Cinema booth.

Take a look at this clip about the shoot of the new Volkswagen Beetle commercial „Flower Power“. The Stereographic Service was done by Stereotec using the Stereotec Mid Size Rig. 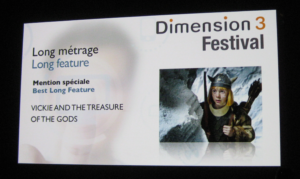 Stereotec was awarded for „Best 3D Feature“ at Dimension 3 in Paris last week. Stereographer Florian Maier received the Dimmy Award for „Wickie and the Treasure of the Gods“, Germanys first 3D feature film. The beloved and sucessful 3D movie was shot on ARRI Alexa with two Mid Size Rigs from Stereotec and with the Stereotec 3D Crew.