STEREOTEC nominated for the „Dimension 3“ Award

After winning the „Dimension 3“ award for „Wickie And The Treasure Of The Gods“ last year, STEREOTEC is back in the competition now. The 3D commercial „VW Beetle: Flower Power“ has been nominated in the Special Format Category. The award ceremony will be held at the Dimension 3 Festival in France (June 18-21). 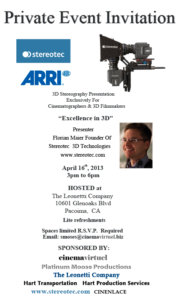 Paramount’s „Hansel & Gretel: Witch Hunters“ has become a big success in the US as well as in Europe.Learn more about the stereography which was realized by a STEREOTEC crew with STEREOTEC Mid Size Rigs: 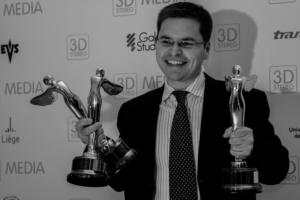